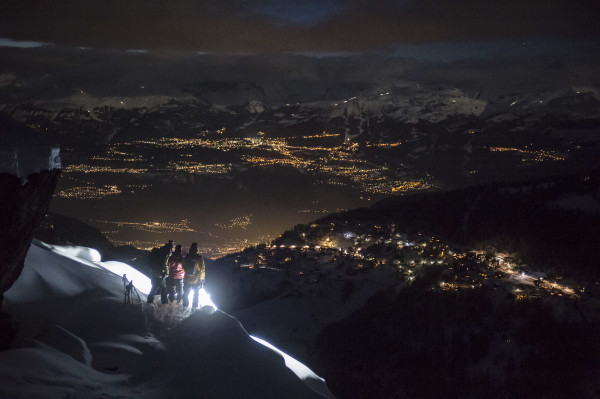 Give Nico Vuignier a fistful of 100W LEDs, skis and a clear night; this is what you'll end up with.

Give creative master Nico Vuignier a fistful of 100W LEDs, a pair of skis and a cloudless night; this is what you'll end up with. Along with friends Markus Eder, Florian Bruchez, Jeremie Heitz & Alex Neurohr, the collective spent countless nights perfecting the art of night shoots, even going the distance of building their own DIY drone. What can't they do? 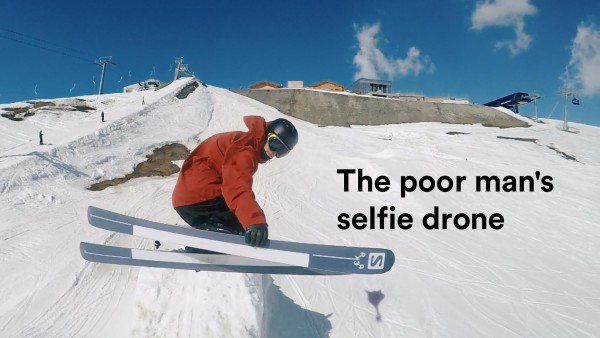 The man behind last year's Centriphone viral clip came up with another unique approach to skiing.

Professional skier and filmmaker Nicolas Vuignier released his latest short film, once again entirely self-produced. The man behind last year's Centriphone viral clip came up with another demonstration of his unique visual approach to the art of skiing. More specifically, Vuignier reinterpreted the concept of aerial-videography by using a lightweight throwable device carrying an action camera. Based on AER, a product he backed on Kickstarter, he iterated and customised its design for it to perform what he had envisioned: a shot where the skier himself releases the camera while jumping, creating an unprecedented camera motion: “improving the design of the device was the easy part because the original product is already very good. The real challenge was to learn how to throw the device so that the shot would be well framed while I was performing an acrobatic trick. It’s a lot of things to think about at the same time.” It took the creative swiss athlete xxx weeks of trial and error in his home resort of Crans-Montana to achieve the visual result he was looking for. When asked how he would best describe the idea, he simply stated: “just think of a poor man’s selfie drone”. 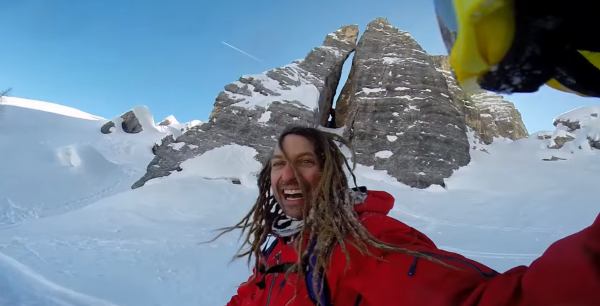 Winter 2014 was one of the best they've ever had in Cortina D'Ampezzo, Italy.

Winter 2014 was one of the best they've ever had in Cortina D'Ampezzo, Italy. The Good Times crew rolled in and took full advantage.

When the Salomon crew arrives at the lodge high in the Italian Dolomites, they discover the mountain

When the Salomon crew arrives at the lodge high in the Italian Dolomites, they discover the mountain they are skiing on was the front line in World War 1.